Ed Chapman is one of the UK's leading mosaic artists.

In his instantly recognisable style he achieves incredible detail through hours of painstaking effort. His portraits in ceramic tiles are constructed from hundreds of fragments, some no bigger than a couple of millimetres across, each carefully hand-cut and placed, the finish is impeccable.

Ed has studied the technique of mosaic in depth and has been a professional artist for a decade. He attempts to bring the ancient medium into the 21st Century with use of colour and contemporary subjects. The medium produces striking results, particularly with portraits, where the effects are dramatic and impressive. The work is never finished until the last piece is in place, there is no room for error.

Ed's work is sought out by private clients and corporations alike and has featured widely on TV and in magazines in the UK and elsewhere. His work has a number of high profile collectors including well known musicians, sports stars and TV personalities and has received media coverage across Europe and North America.

He has sold work in more than 20 countries around the world, including as far afield as Hong Kong, Australia and the USA as well as all over Europe.

Influenced by many artists such as Chuck Close, Robert Rauschenberg, and Jamie Reid, Ed also finds inspiration for his works in the music and TV, as well as in everyday articles in books and magazines.

He is also available to commission and can create personal portraits from life or photography. 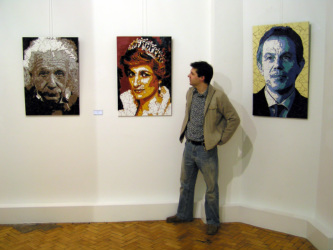 Please take a look through the gallery of works and if you would like to talk to Ed about a commission or have any questions or proposals about his work please get in touch via the contact page. 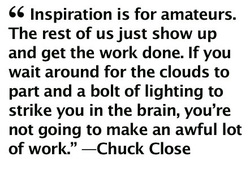